From Analogue to Digital

Home/Projects/Education/From Analogue to Digital
Previous Next

From Analogue to Digital

In 2013 we installed a library with numerous books for the primary school and the 9-year basic school.

Meanwhile, the library is finding more and more approval and we are about to recruit the first female students who finished school as new coworkers. Noella, for example, a former student of the IPK,  is now working in the library of the 9 years basic and primary school.

Last year a large number of new books could be bought and they are all catalogued meanwhile. Ferdinand, the librarian of the IPK library, could participate in further training at the Rwanda library in Kigali during the December holidays. Next year he will familiarize the librarian of GS Kirinda with his newly achieved knowledge.

15 laptops were sponsored by the company SAG, Germany, for the newly installed computer science class at IPK in 2014. These laptops are at the disposal for the students for their special lessons during the day. In the evening all other students may use the laptops for computer research as well. 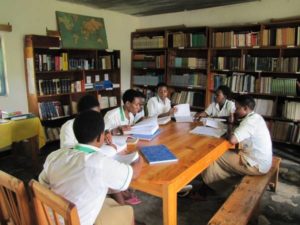 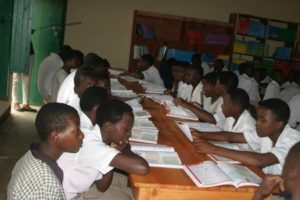 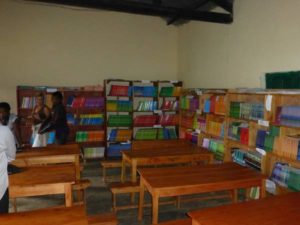 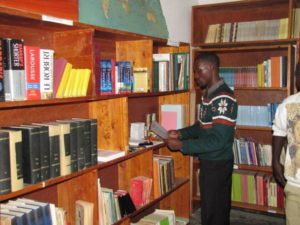 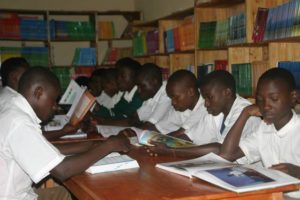 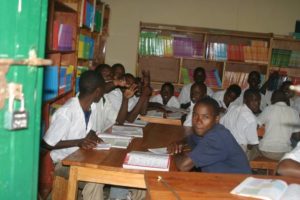 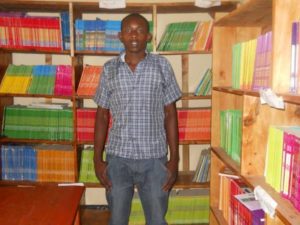 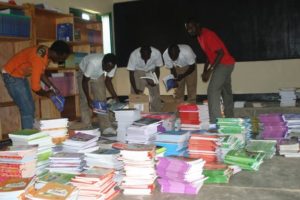 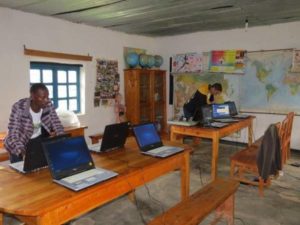 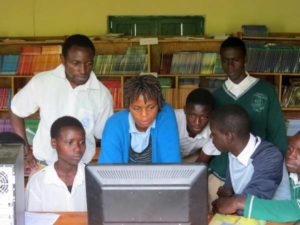 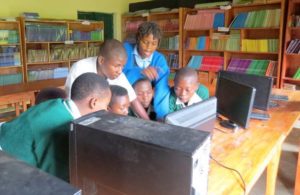 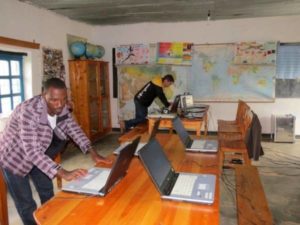 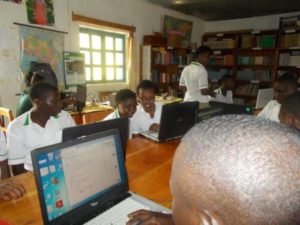 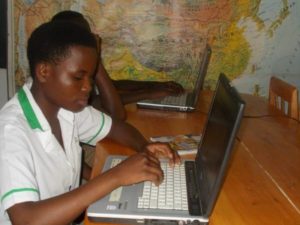