One Tree On TV

Home/Projects/One Tree On TV
Previous Next

One Tree On TV

One Tree per Child Projekt

A TV-team in Kirinda? Things like rarely happened so far. During the distribution of about 3600 trees to the secondary school students (9-Years) in Kirinda not only the Regional Executive Secretary of Murambi Section, Pastor Karangwa Prince, and all directors of the local schools had been present but also representatives of Junge Menschen für Afrika (Young People for Africa) could be heartily welcomed. Evode, the coordinator of JMfA, as well as Francine Musabeyezu, an agronomist with a university degree, working for this project since October 2012, attended the ceremony during which paw-paw plants, avocados, maracujas, tamarillos, as well as small lemon and orange trees had been given to the students. The Rwanda Television Station „Rwanda TV“ recorded the scene and broadcasted the report about the „One Tree per Child Project“ in the evening news on television.

Before and after the launch of the project outdoor lessons have been held on the fields of the pilot project to teach the students how to cultivate and care for the seedlings and young plants. As special motivation the so-called „Imudugudus“ (small village communities) are being inspected and evaluated. 6 – 8 months after the project start there is a final inspection and those students with the most healthy and well-kept trees are going to get a prize.

Liane Stähle stayed two additional days in Kirinda to meet the scholarship students, to visit the English Club, and to see various families within the Imudugudus where primary and 9-year-basic students had planted their trees at home. All students had put their theoretical knowledge excellently into practice and looked after their own trees as they had learnt during the works in the fields. It was very nice to see how much interest the parents showed as well and how proud they were to provide the space for the young plants at their homes.

In a total, nearly 20.000 trees had been distributed in and around Kirinda during this project. There even could be seen as the first small fruits on the trees planted first.

Within the framework of the „One Tree per Child Project, “ there are regular visits to the trees and to the groups which the children and young people founded for their agricultural work. In October 2013 the first four winners could be nominated. It had been promised that those who care best for their trees will get a prize. The winners were two girls of the primary school and two girls of secondary school. Each of them got a goat. 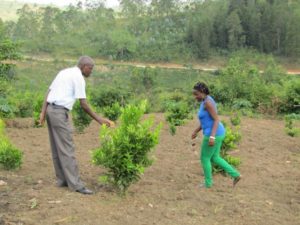 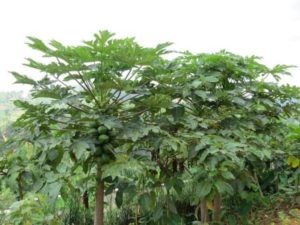 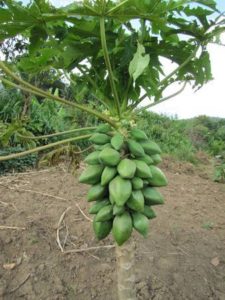 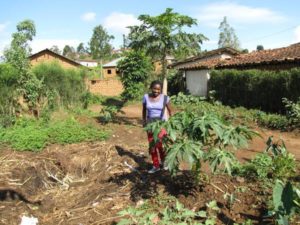 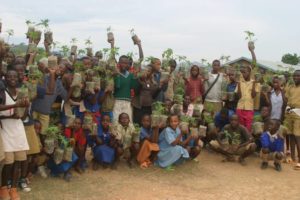 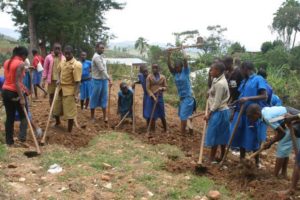 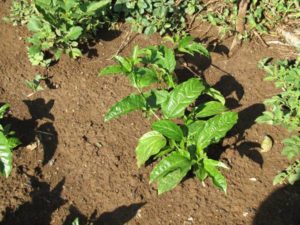 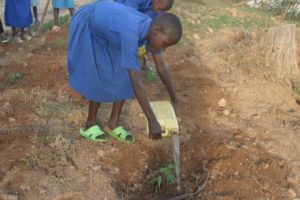 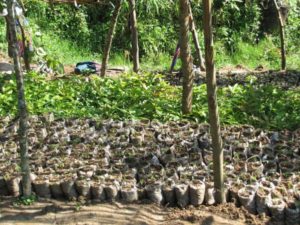 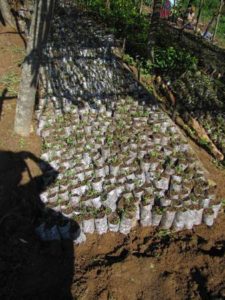 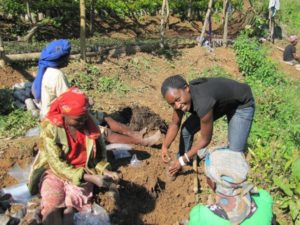